Mass Torts By The Numbers

What are mass torts?

Every year in the U.S., thousands of people are killed or injured by defective products and toxic pharmaceuticals. Any corporation that causes wide-spread injury or financial loss due to negligence or a similar wrongful act can be subjected to a mass tort suit.

A mass tort is a lawsuit in which multiple plaintiffs sue the same defendant or defendants for damages related to the same event or series of events. 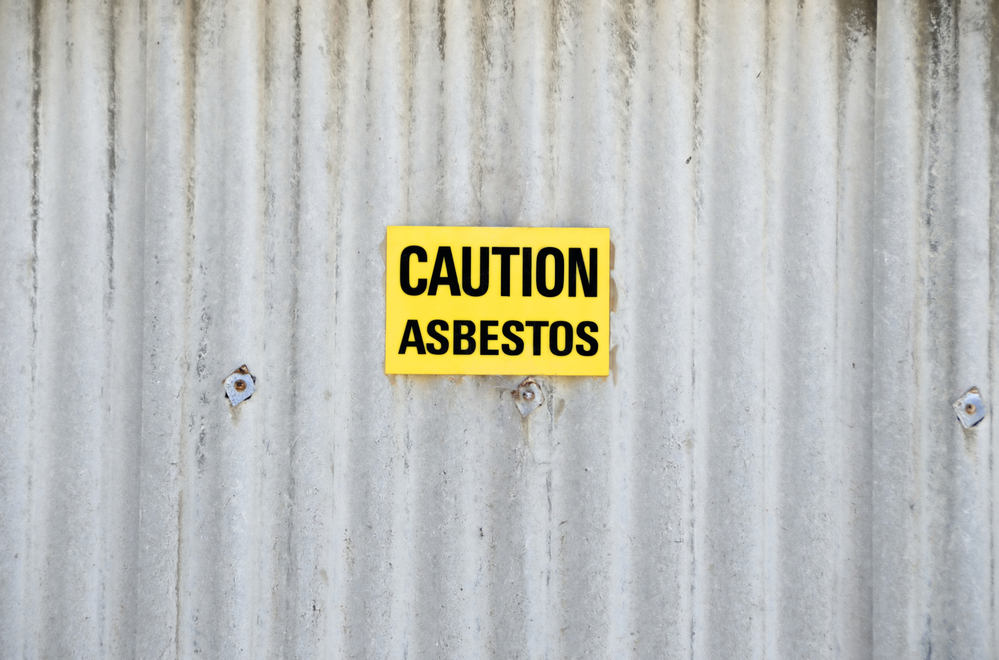 Broadly speaking, mass torts encompass a wide variety of claims, such as those based on defective automobile design, faulty safety equipment used in sports, dangerous pharmaceuticals or medical devices, and even airplane crashes, train wrecks, oil spills and the aftermath of the 9/11 terrorist attacks. By defining it in such a broad way, most claims being litigated in federal courts as MDL claims and all class action tort claims fall under the category of mass torts.

Mass torts might be filed for a variety of reasons. Sometimes, a mass tort is filed when a lot of people have been impacted by the same product or occurrence and they want to take joint legal action. Other times, a class-action lawsuit is filed to represent all potential plaintiffs. Additionally, mass torts can also be used as a way to hold big businesses or other entities accountable for their actions. No matter the motives behind it, mass tort lawsuits give a group of people the chance to pursue justice and receive compensation for damages they have suffered.

Class action suits and mass torts are similar in that they both have multiple plaintiffs bringing a case against one defendant. The key difference between a mass tort and class action is how the plaintiffs are treated in the settlement–either as a group or as individuals.

Class actions divide the settlement equally between all plaintiffs, whereas a mass tort allows each plaintiff to seek damages specific to their personal injuries and losses. 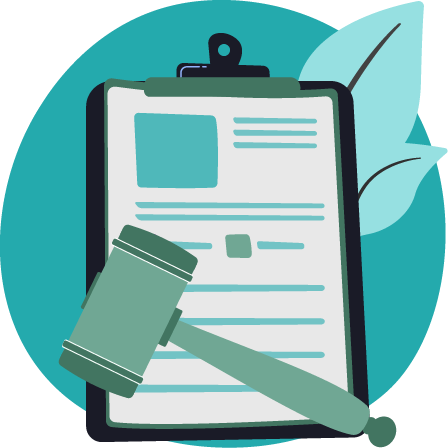 Mass torts and class actions differ in a number of ways. In a mass tort case, the number of individuals involved in tends to be less than a large class action. Each member in a mass tort is treated as an individual and must establish the facts to prove the damages done by the defendant. 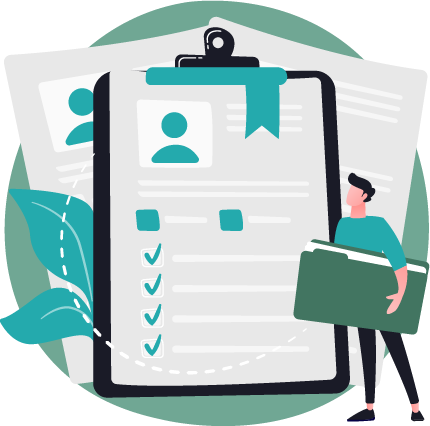 In class suits, a large group of people are considered one entity because they all suffered from the same negligence or damage. This is done so that instead of every person in the group having to file their own suit, they can be represented by one class representative.

Centralization of claims in multidistrict litigation has become very common. In fact, MDL proceedings are becoming increasingly normalized, to the point where they now make up 50% of civil cases in the U.S. While the total number of Mass Tort cases remains high (776,145 cases as of September 2022), the vast majority of these cases are concentrated in just a few of the more crowded MDL dockets (e.g. 3M Earplugs with 314,975 claims).

According to annual MDL statistics in recent years, the total number of new MDL petitions submitted has been in decline, as well as the number of petitions granted. For instance, in 2021 the Judicial Panel on Multidistrict Litigation received 33 total MDL petitions and granted only 19, compared with 44 petitions (26 granted) the year before. 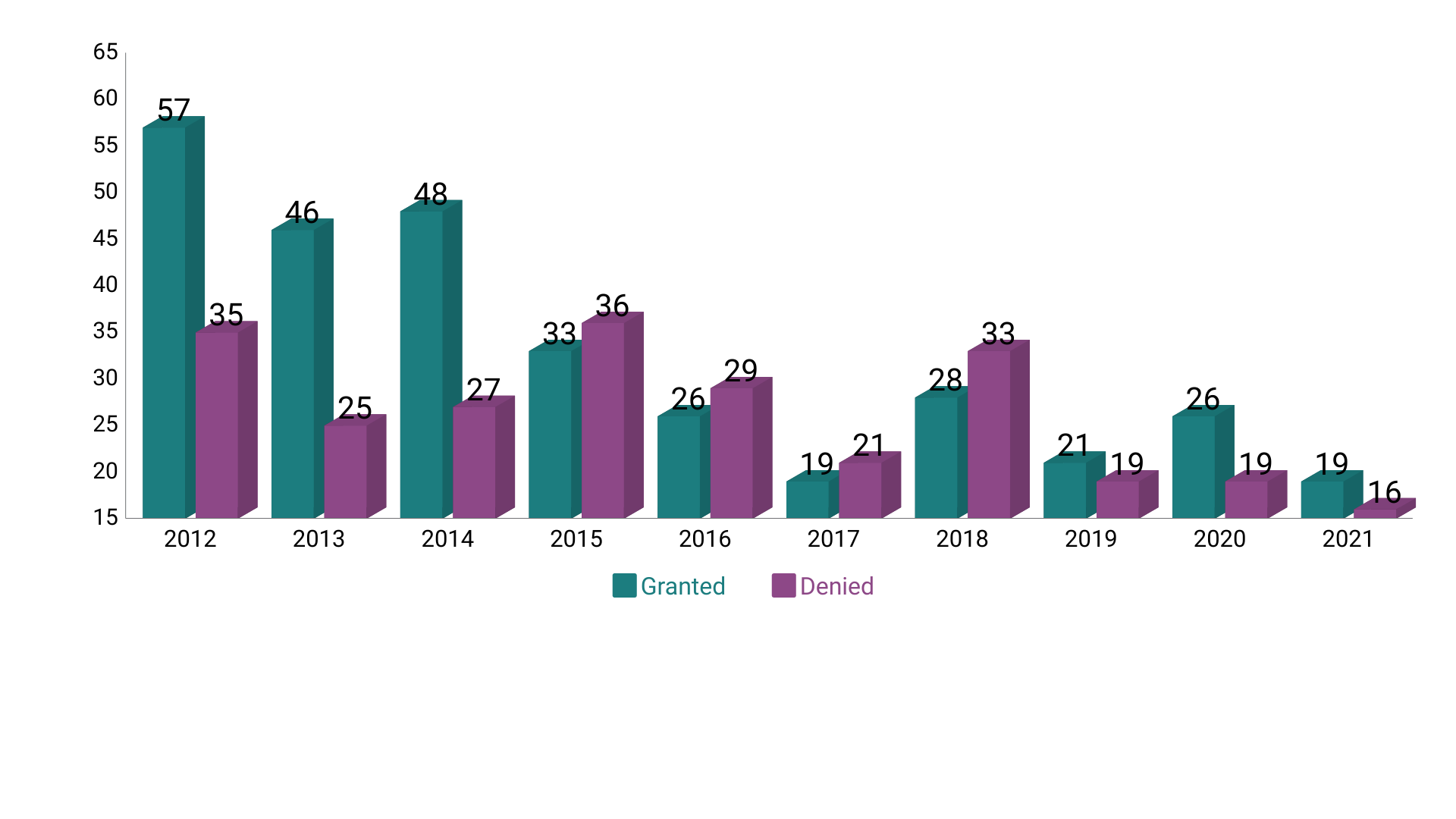 Mass torts are most often seen in product liability claims – which often involve the highest number of individual cases. In other areas, MDL litigation is comparatively rare.

Product liability covers everything from unsafe cosmetics to automotive recalls. This type of mass tort must prove the plaintiff was harmed by a defective or damaging product. Manufacturers can be held responsible for manufacturing mistakes, design defects, and failure to adequately inform customers of potential risks and hazards. Notable product liability mass torts include talc-based baby powder, lead paint, and Roundup.

After a long streak of no cases going to trial, attorneys who work in mass tort law at the state and federal level are preparing for a few bellwether trials that are scheduled for the rest of 2022.

There’s been a steady increase in the number of new lawsuits being filed in the drug and medical device categories that make up most mass torts in the U.S., and a lot of this is due to the growing prevalence of litigation funding among plaintiffs lawyers. Thanks to all the investment in television commercials, we’re seeing more and more new filings. 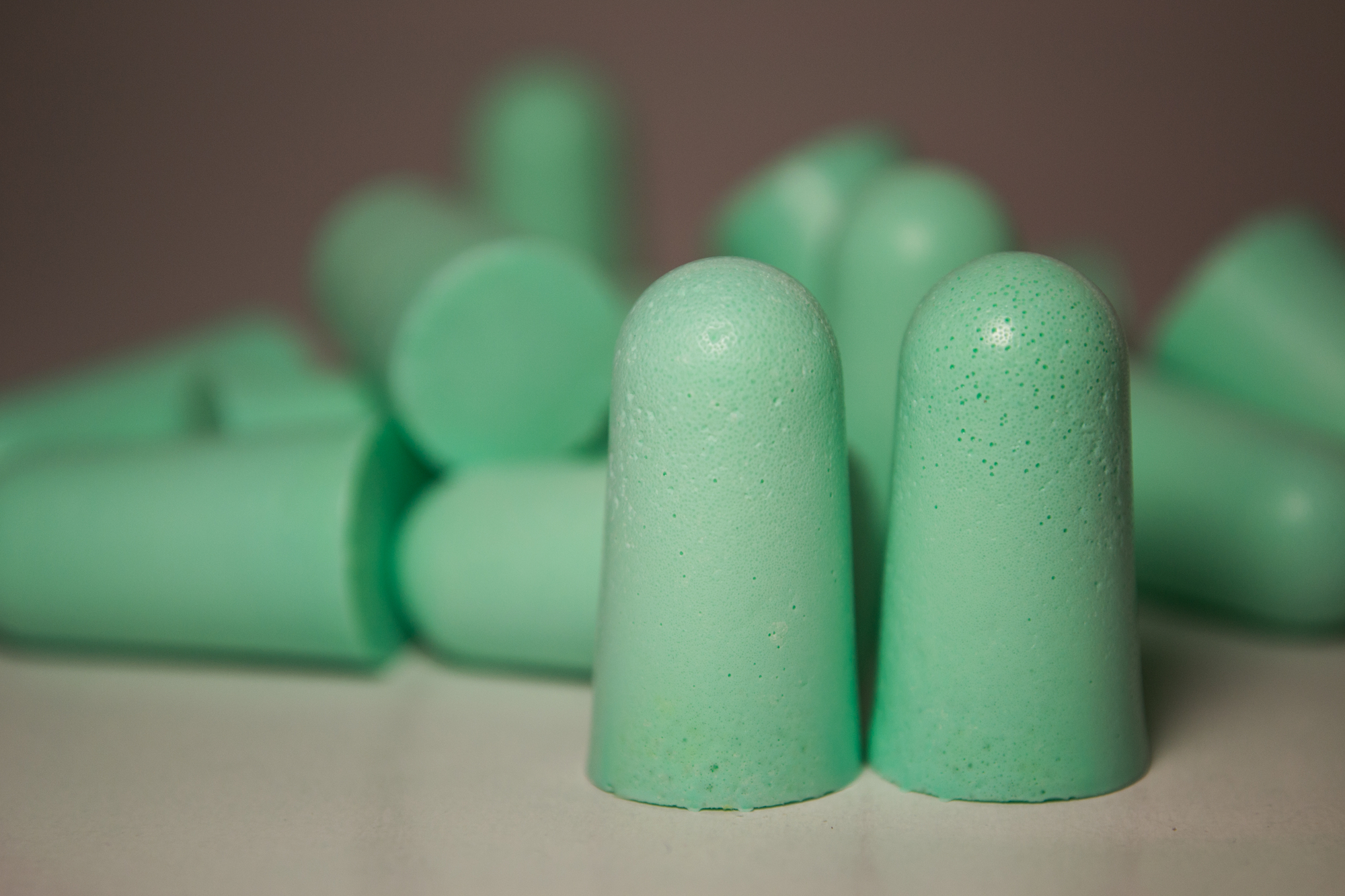 The Combat Arms Earplugs are small, dual-ended earplugs designed for servicemembers who need both options for hearing attenuation. The “closed” option functions as a traditional earplug to block out sounds completely, while the “open” option dampens the sound of explosions on the battlefield, allowing the wearer to still communicate and hear commands.

3M, the maker of Dual-Ended Combat Arms Earplugs, Version 2, supplied the U.S. military with 2.2 million of these earplugs between 2003 and 2015 to protect military personnel from damaging noise related to combat. In practice, however, the earplugs were too short which made them loose, causing hearing loss and, for some users, tinnitus.

Xarelto is a blood thinner product that is known to cause adverse consequences for many patients, including excessive bleeding, wound leakage, infection, brain bleeds and death.

Since 2011, consumers and healthcare professionals have been noticing problems with the blood thinner. However, after the first wrongful death lawsuit was filed in 2014, the situation began to escalate quickly. 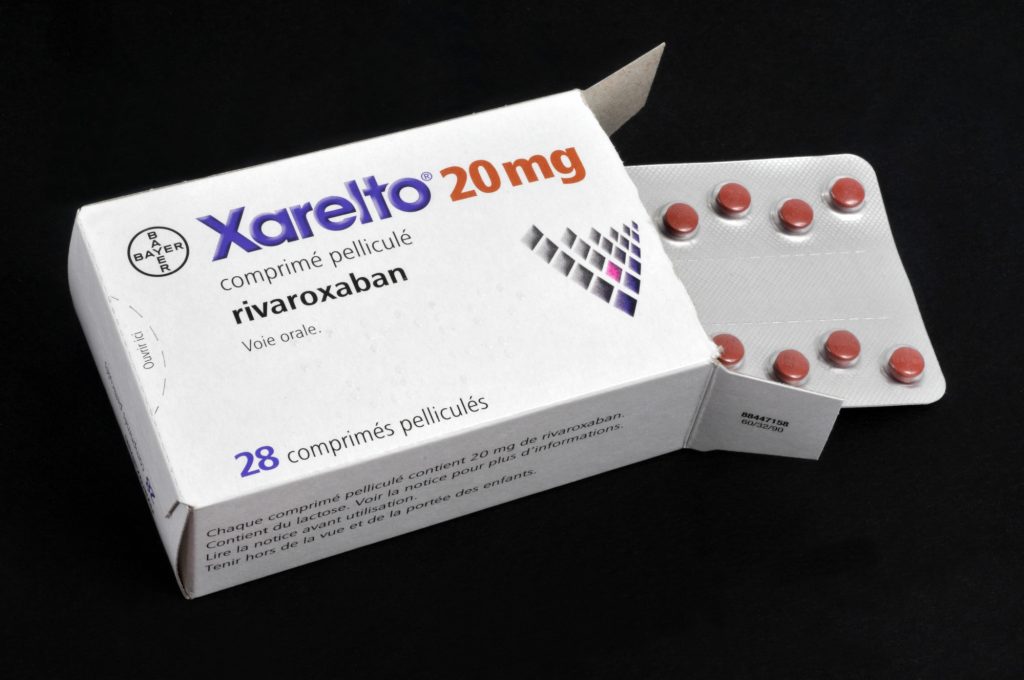 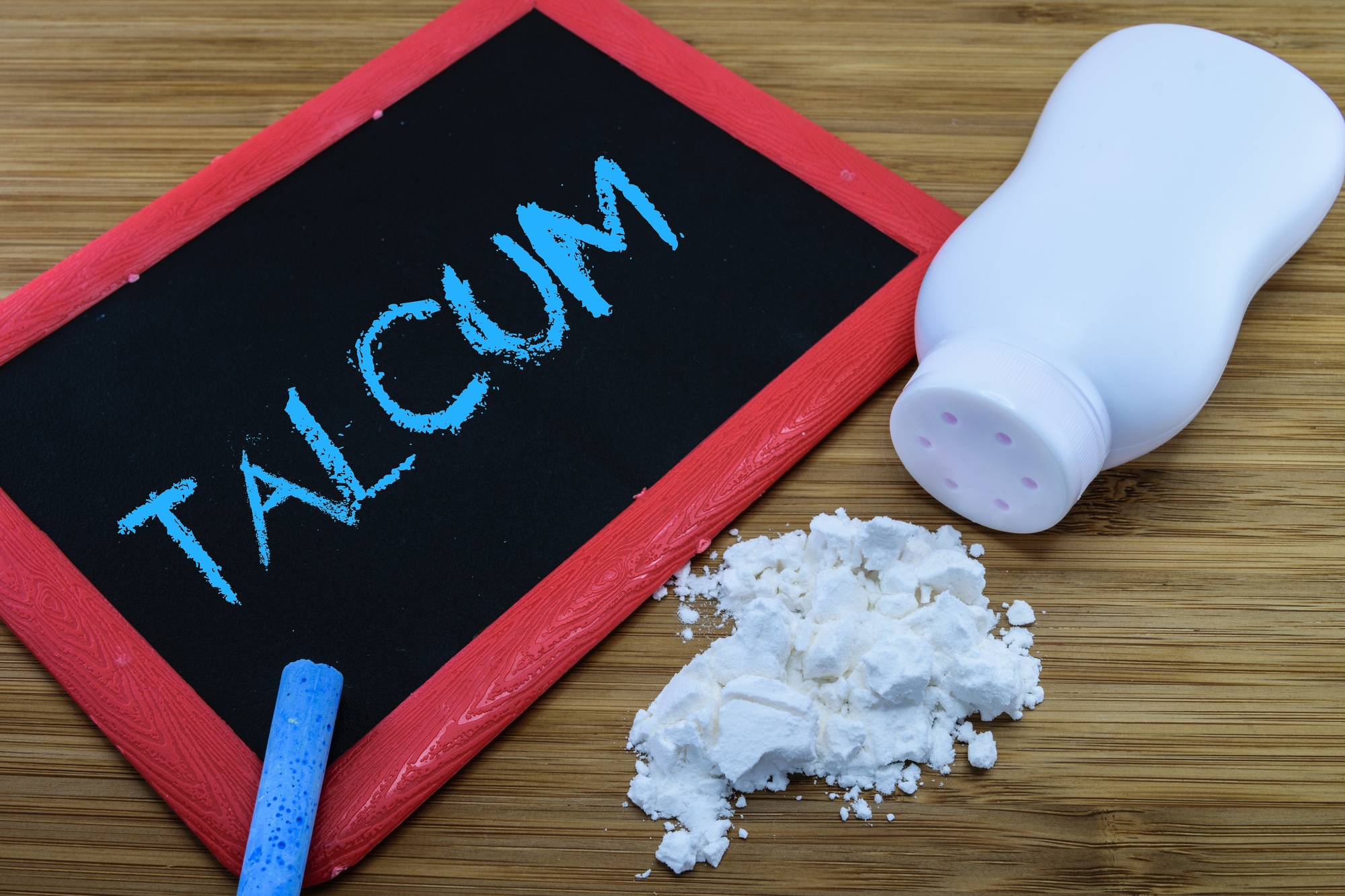 J&J is facing over 38,000 lawsuits alleging that the company’s talcum powder products cause cancer. The lawsuits began in 2007, and they are currently pending in the federal multidistrict litigation (MDL).

Sadly, each year more than 22,000 women are diagnosed with ovarian cancer and a majority of lawsuits allege that the use of talc products contributed to the development of the cancer.

Hernia meshes are medical devices that are used to protect damaged tissue after hernia surgery. The mesh is attached with stitches, staples, or glue, and the pores in the mesh allow the tissue to grow into the device. This helps to accelerate the healing process. Hernia mesh is used in 90% of hernia surgeries annually in the United States.

The USDA has discovered that there are a number of complications associated with hernia mesh, including pain, infection, bowel obstruction, organ perforation, and hernia recurrence. Some of these complications require patients to have additional surgery to remove the mesh while others can result in permanent damage, causing long-term health issues or chronic pain. 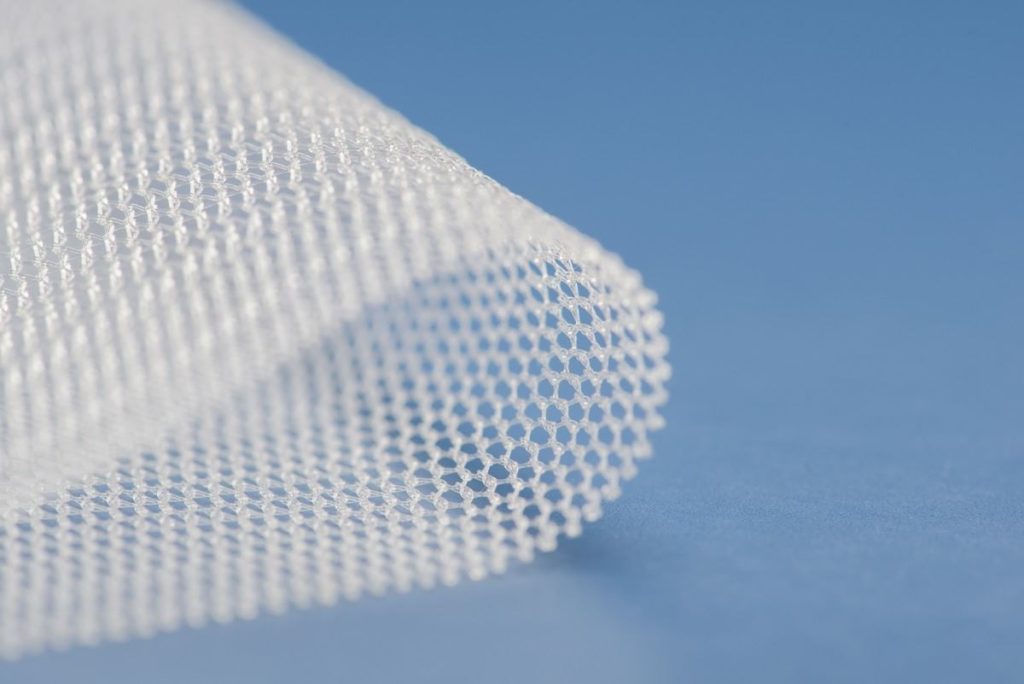